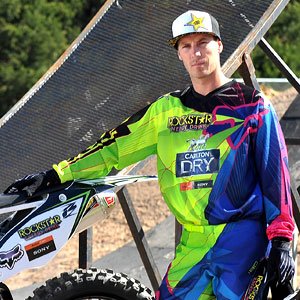 Since the age of five, Cam Sinclair has been riding motorcycles. He travelled with his family to Motocross and Supercross races all over Australia for 15 years winning many state and national championships along the way and becoming known as one of Australia’s future racing stars. In his spare time Cam began setting up ramps at friends properties and learning to do some of the basic FMX tricks for fun with his best friend Blake Williams. Eventually his skills progressed and Cam was asked to perform FMX demos at half time at the Australian Supercross Nationals. He would change the seat and side plates from his race setup for the demo, then change them back to compete in the rest of the event. Cam’s versatility at the time was rarely seen in Australia; a racer battling for national Supercross podiums, while managing to perform FMX during the half time break. Cam began earning more money due to his FMX, than from racing and decided to switch his focus entirely on FMX in 2006 when he joined the Crusty Demons of Dirt Tour. The Crusty Tour is the biggest touring act in Australia. For Cam to be a part of it full time was a great achievement and helped raise his profile in Australia considerably to the point where he is one the best known action sports athletes in the country. He has performed for them all over Australia, in the UK, India and New Zealand.

In 2008 in Sinclair set a new world record for the longest distance ever back-flipped on a motorcycle (129ft) and became the third person in the world EVER to land a double backflip on a motorcycle. He has since landed almost 100 double flips and in 2009 became the first and only rider in the world ever to do so during a full 90 second competition FMX run. On July 18 2009 Sinclair crashed hard whilst competing in the Red Bull X Fighters Freestyle Motocross event in Madrid, Spain, suffering near fatal injuries when he under rotated and crashed the biggest trick in action sports. Lacerating his liver, breaking many bones and giving him extensive head injuries, his career in FMX was almost certainly over. Facing six long months of daily rehabilitation, Cam Sinclair had to learn to walk talk and operate as a human being again, however his goal was always to return to riding and achieve his dream of winning the biggest event in action sports, the X Games. Almost exactly a year to the day, in Los Angeles California, Sinclair made the ultimate return to the sport he loves; by landing a near textbook double backflip in the X Games, ‘Best Trick’ event, winning himself the illusive gold medal and completing what is arguably one of the greatest comebacks in sport.

Quote: “If your not wasted the day is.”

Hobbies: Parting, minibike riding, hanging out with my buddies and family, water skiing. 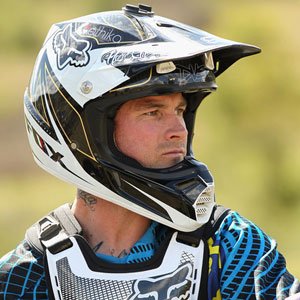 Hobbies: Wake boarding, training at the gym and hanging out with my Fiancé Erin and two daughters

Music: Pretty much anything really 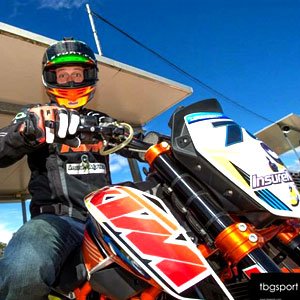 It has been his goal since day One to be the best he can be and continually pushes himself to maintain that goal today!

Since Lukey Luke was young he has been addicted to motorcycles  and riding at the limit. He now lives his dream. Since 2003 he has been a professional stunt rider and has performed all over Australia and surrounding counties including Malaysia and New Zealand to name a few.  Luke has also had the pleasure of performing at events like Formula1, MotoGP, V8supercars, World Superbikes and many more Wowing Crowds with his gravity defying stunts, and leaving spectators on the edge of their seats…

Luke started on dirt bikes, growing up riding at local tracks with mates and in the family paddocks at home in Melbourne… As he grew older his desire to succeed and burning ambition to develop his skills led him to road racing in the 250cc production bike category… This progressed to larger bikes with a more diverse range of specialties, Luke is constantly pushing himself to learn and develop new tricks.  He now specializes in street bike freestyle stunts.

In early 2007 Luke’s passion became fulltime.  Having a full calendar, performing at all major motorsport events in Australia.  Taking Gold at the Moto Mayhem and being crowned Australian stunt riding Champion are just some of Lukey Lukes career highlights.

In 2008 Luke gained sponsorship from Triumph Motorcycles. This was a match made in Heaven as Lukey had always been a fan of Triumph and always saw Triumph as being a great brand to work with. This made Lukey the only factory backed stunt rider in Australia. After only 1 day on the new Triumph Luke competed in the XSC Australian Stunt riding Championships, qualifying first on the Saturday and finishing 3rd Overall. Lukey felt at home straight away! After 5 great years with Triumph Motorcycles, performing all over Australia, Luke and Triumph parted ways.

In 2013 Luke has aligned with KTM Motorcycles as the Factory Stunt rider. Luke will be performing on the KTM 990 Superduke R, the KTM 690 Duke R, the KTM 390 Duke and the KTM 250SX-F. You can catch him and the team at an event near you!

Quote: “Bite of more than you can chew, and chew like ….”

Music: A little of everything really 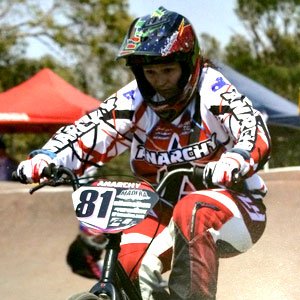 Cat starting racing when she was 8 because her brother wanted to start and she didn’t what to sit out and has never looked back. In the start it was just fun and around 2005 is where she decided to start taking this sport seriously. Over the years she’s had multiple State Ranking including 3 State Championships and multiple National Rankings. Her Career Highlight was racing for Australia in the 2013 World Titles in the 17+ Category and placing 5th. She did this after having knee surgery at the end of 2012. Cat continues to enjoy riding her bike and is a regular coach to many riders in WA including the WA State Dynamite Team.

Quote: “Turn your wounds into wisdom”

Music: Bit of everything

Food: Whatever my mother’s cooking!

Favourite TV/Film: don’t really have one 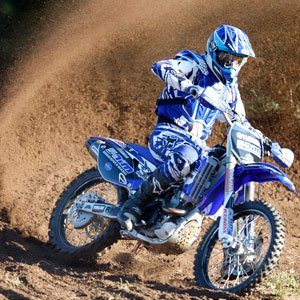 Quote: “Life is short enjoy it”

Current Car: Hilux 4WD for the bush, Mercedes Sprinter for the bikes and surfboards and Audi A3 Turbo (wifes)! 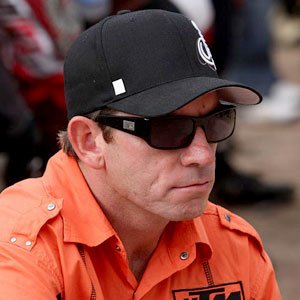 Turned Pro: Too many years ago lol!

Food: My wife’s awesome cooking, you name it Kristy is a chef god.

Career highlights: Racing to nearly 100 State and AUS National Championship wins and podiums in Motocross, Supercross, Supermotard and Dirt Track. Establishing the Motocross Advanced Coaching Academy (MACA Coaching) to become a successful national coach and working with current Pro racers and world champions. Also establishing and running Glenn Macdonald Racing, which in 7 years saw 54 State and National junior title wins, including a world championship. Appointed by Motorcycling Australia to lead the World Junior MX Team for the past few years, we have now won or placed at several Championships and in 2015 placed 3rd in the Nations Trophy in El Molar, Spain. 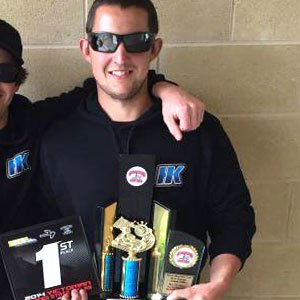 Hobbies: MTB riding, hanging out with my mates and family, go-karting.

Music: Bit of everything

Due to a recent family tragedy we will temporarily not be accepting any new orders or responding to any messages until further notice. All current orders will be contacted in the interim to advise what is happening with their order. Thank you. Dismiss